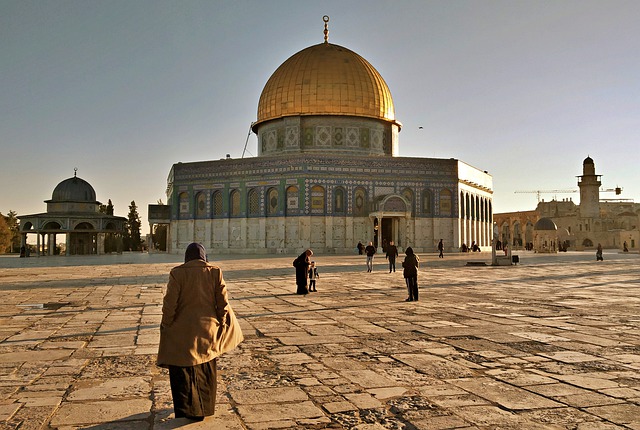 Introduction: Brief history of the mosque

The Al Aqsa Mosque, located in Jerusalem, is the third holiest site in Islam.
The mosque has been a focal point for religious and political tensions in the region for centuries.
Today, the mosque is a major tourist destination and is a symbol of Palestinian nationalism.

Since Israel captured East Jerusalem in the 1967 Six-Day War, it has exercised administrative control over the territory.
This includes the Old City, where the al-Aqsa Mosque is located, and Palestinians living there have Israeli residency permits but are not citizens.

In July 2017, three Palestinian gunmen killed two Israeli police officers guarding the mosque compound.
In response, Israel installed metal detectors at the entrances to the mosque, which provoked widespread protests by Palestinians.
After two weeks of demonstrations and clashes with security forces in which six Palestinians were killed,
Israel removed the detectors.

The episode highlights the political context of Jerusalem and the al-Aqsa Mosque.
Israel’s control over East Jerusalem and its holy sites is a central issue for Palestinians and is a major source of tension in the region.

When Islam reached the Arabian Peninsula in the 7th century, it found a region rich with architecture.
The most sacred structure in Islam, the mosque, evolved from the simple open-air gathering places that were first used by the Prophet Muhammad and his followers.
The first mosques were built in Medina and Mecca, and soon after in other parts of the Muslim world.
Early mosques were distinguished by their simplicity and by the use of a qibla wall to indicate the direction of prayer.

The Al Aqsa Mosque is one of Islam’s oldest and most revered mosques.
Located on Temple Mount in Jerusalem, Al Aqsa is said to be where Muhammad journeyed up to heaven and back during his Night Journey.
The mosque was initially built as a small shrine in 638 CE by Umar ibn al-Khattab, second caliph of the Islamic Empire.